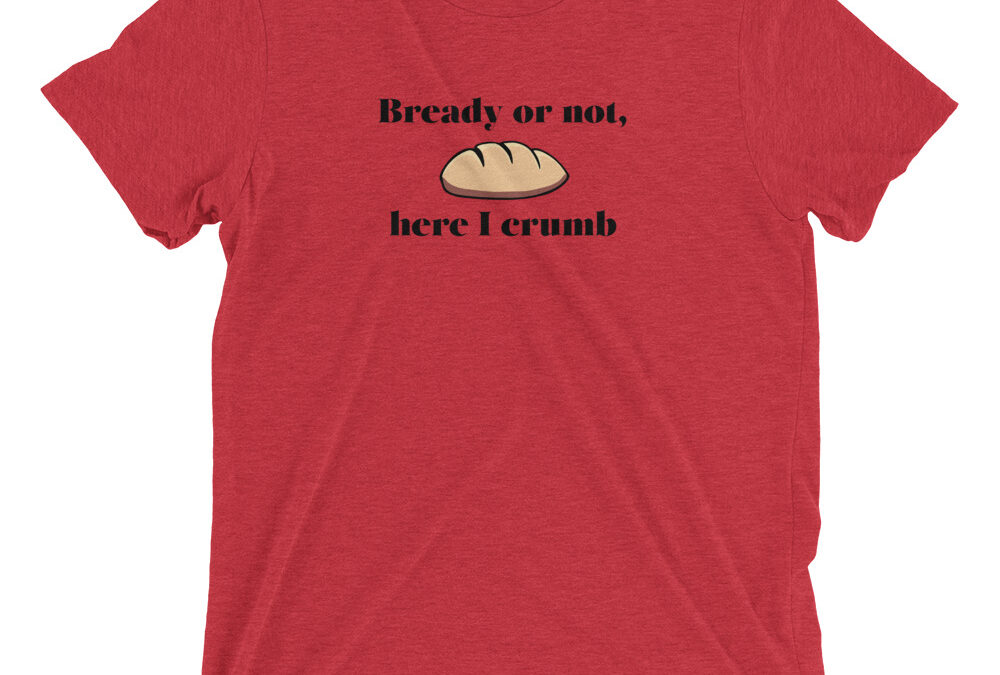 For those of you that don’t know, my husband is a huge sour dough fan. He’s a bit of a science geek like me, but his has a Bachelor’s in biology and a knack for fermentation.

He used to brew beer in our early years of marriage, but has switched his love of beer to bread over the past 5 years. He made his sourdough starter from scratch and is quite proud of it.

He named it “Tim”- which I hear is a thing with sour dough bakers. Their starter has a name since you kind of have to treat it like a pet- feed it and take care of it every few weeks.

When the pandemic was a few months in, we noticed sour dough becoming a ‘thing’. It’s kind of like when you were the ONLY one wearing overalls then all of a sudden, they became cool.

Believe me, we were both excited to see bread be back in fashion. After so many fad diets banning bread and other carbs, we welcomed the return of bread, and in particular, sour dough.

This tee is in honor of Tim and all the other starters, bakers and bread lovers out there! Use code BOGO50 at check out and get 1/2 off your second food pun item til Monday at midnight. Bready or not, here I crumb Short sleeve t-shirt | Sound Bites Nutrition