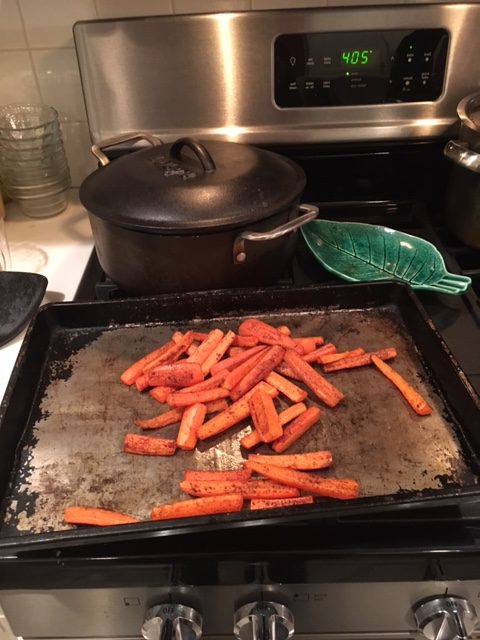 If there’s one spice I never like to run out of, it’s cumin.  It’s one of the least expensive, but most versatile spices around.  Cumin is an herb that originated from Iran and the Mediterranean and comes from the umbelliferae family.  Say that one five times fast!  It is used in a variety of cuisines including Mediterranean, Indian, Middle Eastern and Latin American.  From a nutritional perspective, cumin has been used as an aid for digestive problems, diarrhea and respiratory disorders and touted for its role in promoting menstruation, urinary flow and as an aphrodisiac.

Personally, I just like the taste.  Its savory flavor compliments soups, stews and chili as well as chicken, beef and pork.  I use it frequently to season root vegetables such as sweet potatoes and carrots.  Cumin goes well with sweeter spices such as cinnamon and ginger as well.  Try the recipe below for something deliciously different!

Pam or other non-stick spray

Spray a large baking pan or sheet with non-stick spray.

Spread the carrots out on the baking sheet.

Spray the carrots with non-stick spray.

Shake cumin, cinnamon and season salt over the carrots (using approximately ¼  tsp. of each spice)