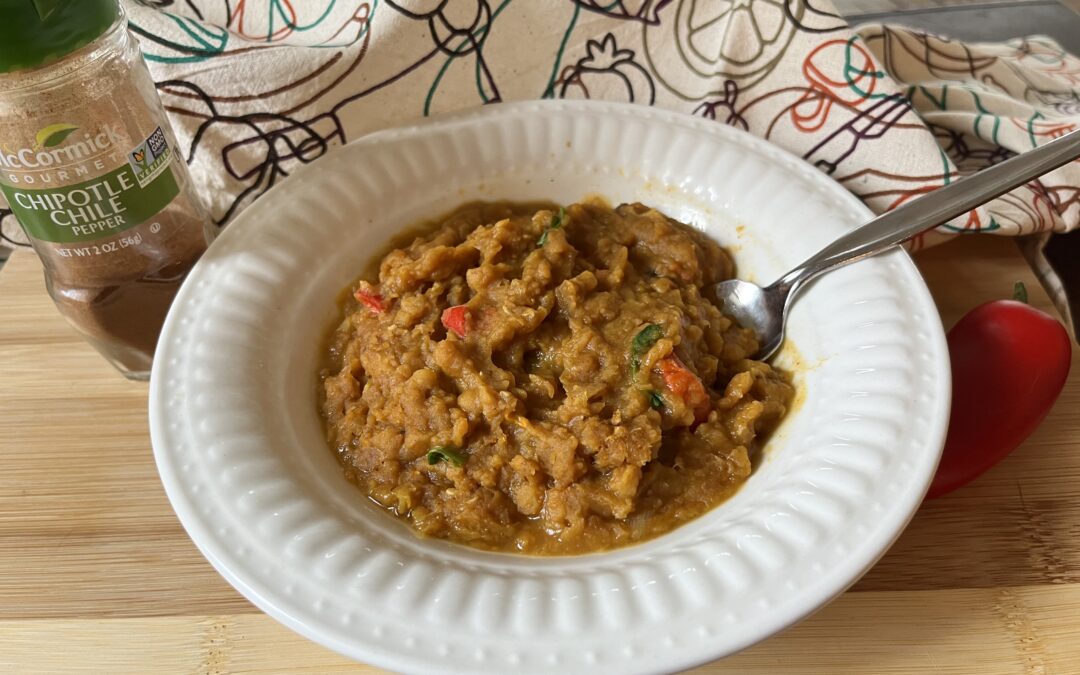 Although Halloween is behind us and pumpkin spice latte might be seen as a bit played right now, pumpkin itself is still quite popular, especially with Thanksgiving on the horizon.

If you think pumpkin puree is just for pie, think again! Personally, I’m not a fan of pumpkin pie (it’s likely a texture thing), but I do enjoy using pumpkin in other dishes. Have you ever used it in chili or stew?

Pumpkin has got a lot of nutrition prowess. It’s a great source of the antioxidant beta-carotene in addition to being a source of potassium vitamin C and fiber. Canned pumpkin is versatile, accessible, and affordable for most. I’ve never cooked a pumpkin to make pumpkin puree and honestly, don’t see this in my future. If that’s your jam, more power to you! Canned pumpkin is packed in BPA-free cans, so no need to worry about that.

Lentils offer up plenty of fiber, protein, and iron- the most common nutrient deficiency worldwide. When lentils are paired with a food high in vitamin C (such as peppers, tomatoes, or hey- pumpkin), your body absorbs more iron. Bonus! They also cook up much faster than other dried beans or legumes.

I made this simple pumpkin chili in my instant pot the other night, but it could also be prepared on the stove. With a handful of ingredients, I had dinner done in roughly 20 minutes! I used chipotle chili powder which gave the chili a smoky taste. Traditional chili powder or extra cumin could be used if chipotle’s not your thing.

If you want to keep the recipe vegan, use vegetable broth. Low-sodium broth would reduce the sodium content of the soup. This is a perfect dish for a tailgate party, book club, or simple dinner with friends or family.  If it’s too spicy, add a dash of plain Greek or plant-based yogurt to cool it off. I hope you like it!