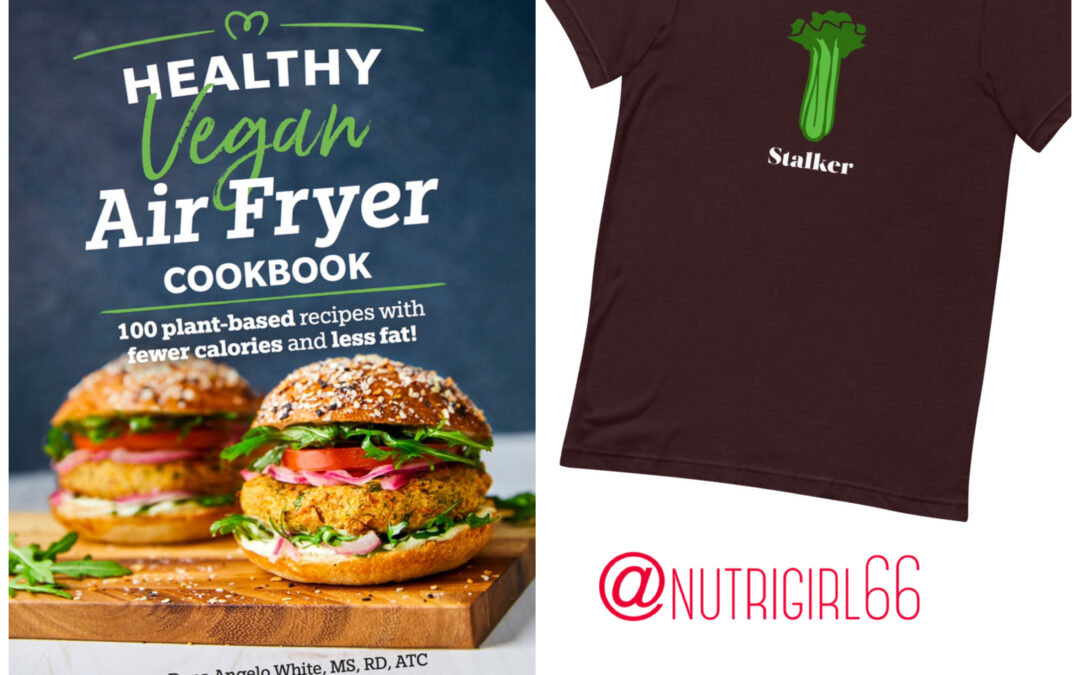 One of my favorite things to do is network and collaborate with other dietitians. While we all obtain a similar degree in nutrition and love to ‘mince words’ about food and recipes, we each bring something unique to the table, so to speak. It’s always fun when someone gets your humor and wants to participate in food-related giveaways.

If you don’t have an air fryer, perhaps this will inspire you to get one?

Go to Instagram and follow me @nutrigirl66 and Dana at Dana_Angelo_White Like the post and tag a friend. US residents only. Tee available in small through XL. Contest ends Thursday, September 24. You’ve got nothing to lose! 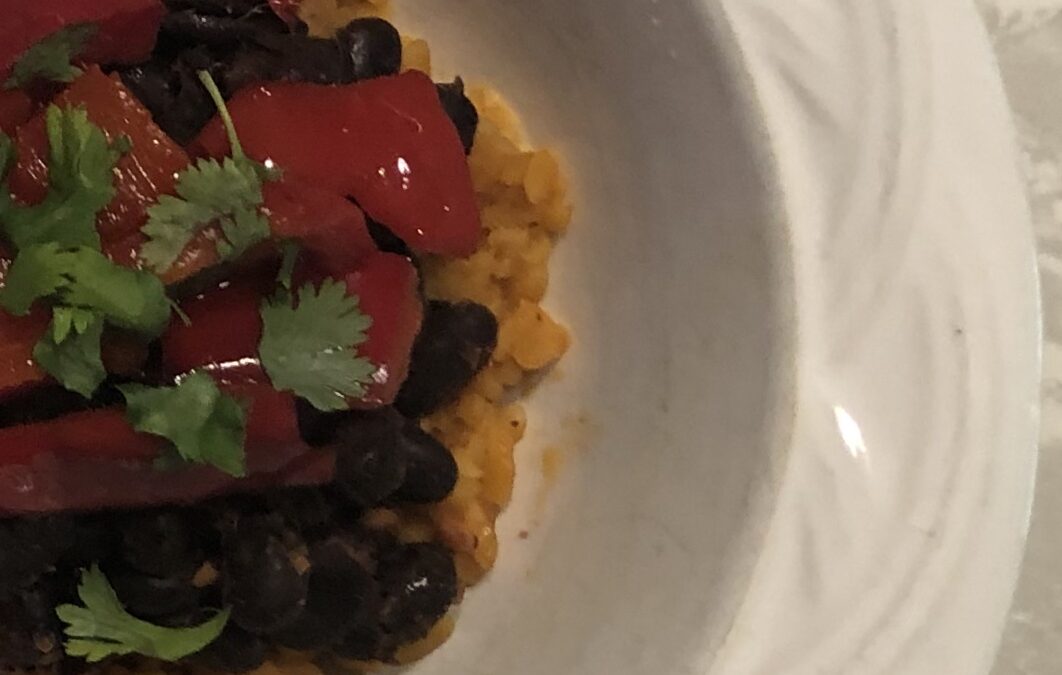 Do you love rice, but fear it isn’t ‘nutritious’ or has too many carbs? Perhaps you should try RightRice? I received a professional sample box with 4 of the 6 different varieties of RightRice flavors and decided to give them a whirl.

The rice is made from vegetables including lentil and chick pea flour, rice flour as well as vegetable powders from bell pepper, tomato, onion, garlic and chili peppers. It also has a few spices and other flavors added in.

RightRice flavors include original, Spanish, cilantro lime, garlic herb, Thai curry and lemon pepper. It is ridiculously easy to cook, too. You boil water, add the RightRice and remove from heat. Cover the rice and let it stand for 12 minutes. Then fluff with a fork, let it sit a few minutes, then serve.

In addition to being lower in carbohydrates than regular rice (30 grams per serving versus 40 grams), the rice is much higher in protein and fiber.

White rice has 1 grams of fiber per serving, while brown rice has 2 grams. RightRice provides 5 grams of dietary fiber. The rice is also much higher in protein- a whopping 10 grams per serving over 2 grams in traditional rice.

If you know anything about blood sugar maintenance and appetite control, fiber and protein are key to managing both. Soluble fiber from lentils and chick peas is also beneficial for lowering cholesterol.

How to use RightRice

RightRice had a mildly spicy flavor and paired well with seasoned black beans, sauteed peppers and cilantro. If you’re looking for a more nutritious grain for your next meal, RightRice is nutrigirlapproved!

1 can black beans, drained and rinsed

For more information, check out http://rightrice.com 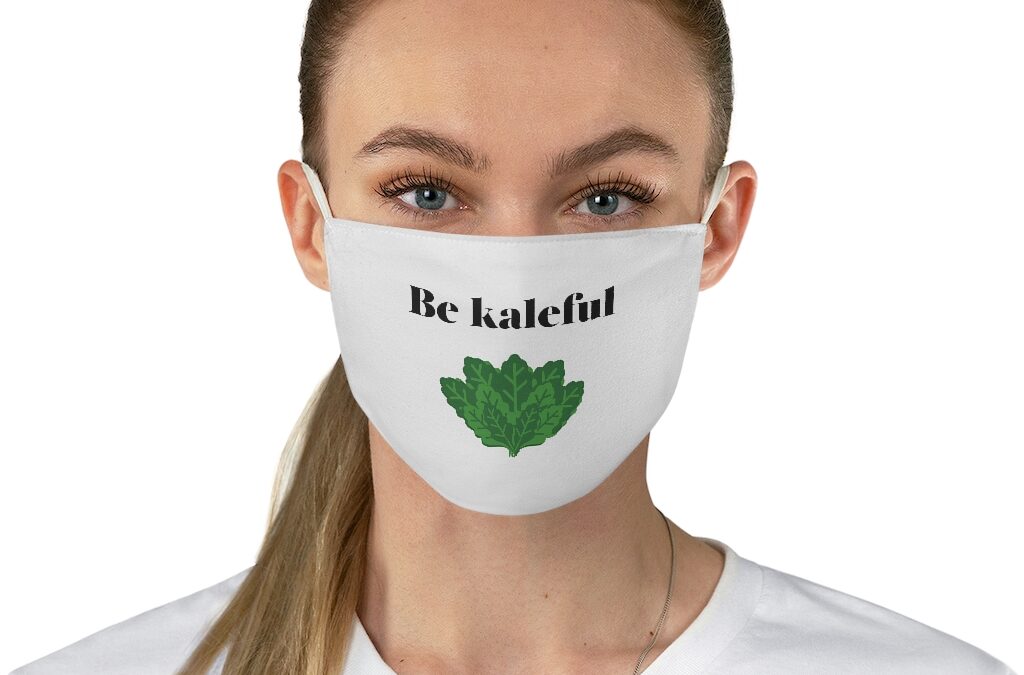 I was all set to attend FNCE, the annual Academy of Nutrition & Dietetics Food, Nutrition Conference & Expo since it was being held in Indianapolis this year. I was so eggcited to be part of the RD Market Place to sell my food pun swag.

Who could have predicted a global pandemic would pivot the whole thing to a virtual meeting? Sigh…

But since I won’t be there in person (or virtual this year), I still want my colleagues to be sporting my food pun tees or tanks. When you’re in a virtual meeting, it’s the tops that count!

Now til the end of September, use coupon code FNCE 2020 and take 20% off all food pun swag including tees, tanks, mugs and new food pun masks!

Here’s the catch- you don’t have to be a dietitian to wear them. If you enjoy food and puns, I’ve got you covered. We all eat, right?

Let food speak for you! Be kaleful. Avo nice day! Peas romaine seeded and more. How can you resist? Can’t. 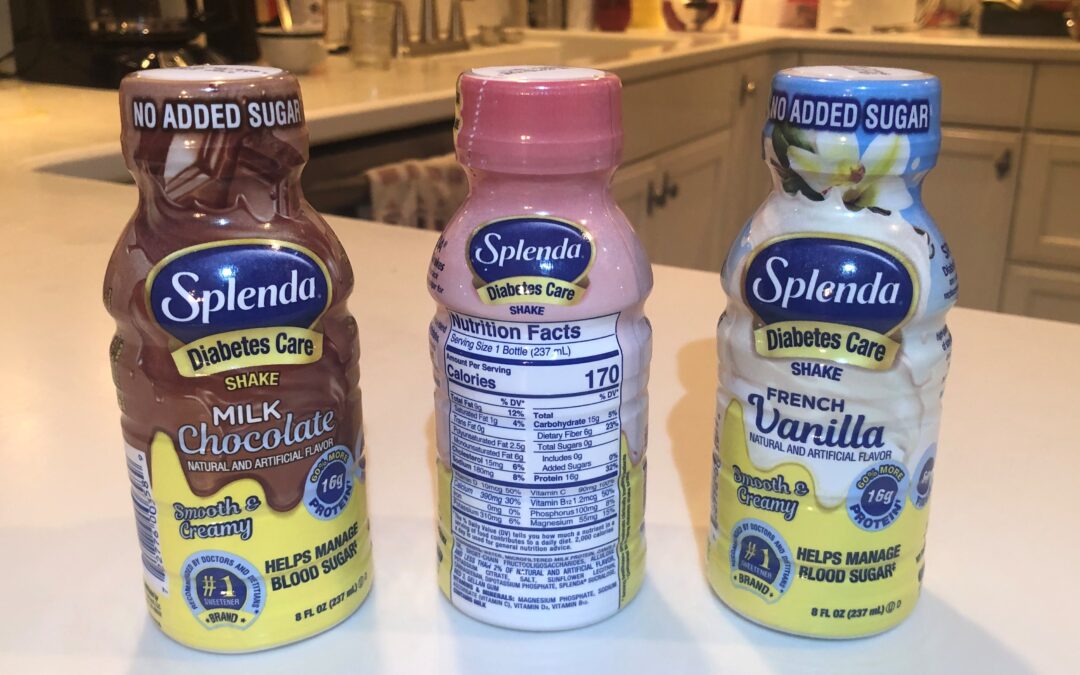 A tastier way to manage your blood sugar

Earlier this month, I received a sample box of Splenda Diabetes Care shakes in exchange for my honest review. Like similar nutrition shakes, they come in 3 flavors, including milk chocolate, French vanilla and strawberry banana.

The shakes come in a convenient, easy to open, 8 oz. bottle with the claims “No added sugar” and “Helps manage blood sugar”. According to the nutrition facts labs, there is no added sugar and the product is sweetened with sucralose (AKA Splenda). The shakes are gluten and soy-free and 170 calories per 8 oz. bottle.

The combination of a reduced carbohydrate, higher fat, higher protein shake has been found to help those with diabetes manage blood sugar and prevent blood sugar spikes when compared to other nutritional shakes, according to a few published studies.

I was pleasantly surprised by the taste of the vanilla shake. It was smooth and creamy and didn’t have that “vitaminy” taste that oral supplements often do. These milk-based shakes each contain 170 calories with 16 grams or protein (twice the amount in a glass of milk) as well as 6 grams of dietary fiber.

The shakes are a good source of calcium and vitamin D, providing 30% and 50% of the Daily Value, respectively. They are also fortified with vitamin C, B12 and magnesium and contain primarily heart-healthy, mono-unsaturated fat (6 grams per bottle). Each shake contains 15 grams of carbohydrate, roughly the amount you’d get in a 50-calorie slice of whole wheat bread.

Beyond the nutritional value, I was really impressed with the taste. As I mentioned above, it was not saccharine sweet, nor did it have the heavily fortified vitamin taste. It was smooth and not chalky.

I’d caution that the shake did make my belly a bit grumbly and gassy, which I attribute to the FOS (fructooligosaccharides (FOS). FOS provides some of the sweetness of the shakes. The shakes are suitable for those with lactose intolerance due to the microfiltered milk protein utilized. I’d try them before writing them off completely.

My husband tried the strawberry-banana and noted it tasted good, but the color was a little too “Peptobismol pink”. My daughters both loved the chocolate shakes, which was no surprise to me!

I felt comfortably full after drinking the shake, which is what you’re looking for with a quick meal replacement or between meal snack. I wasn’t ‘stuffed’, but wasn’t hungry for anything else for a few hours.

Overall, I’d suggest these shakes to clients for their convenience, taste and nutritional profile. You don’t have to have diabetes to use them either. These would be welcome in a weight loss plan given their high protein, low sugar profile.

Learn more and find them at http://Splenda.com/Diabetes-shakes 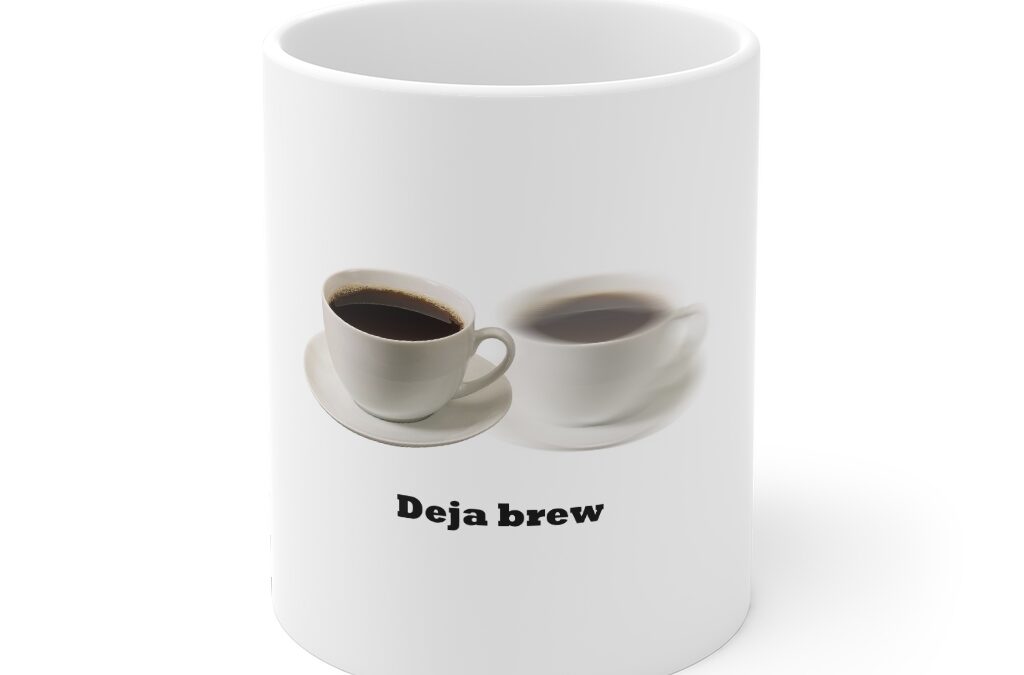