3 Reasons why less meat is best for men 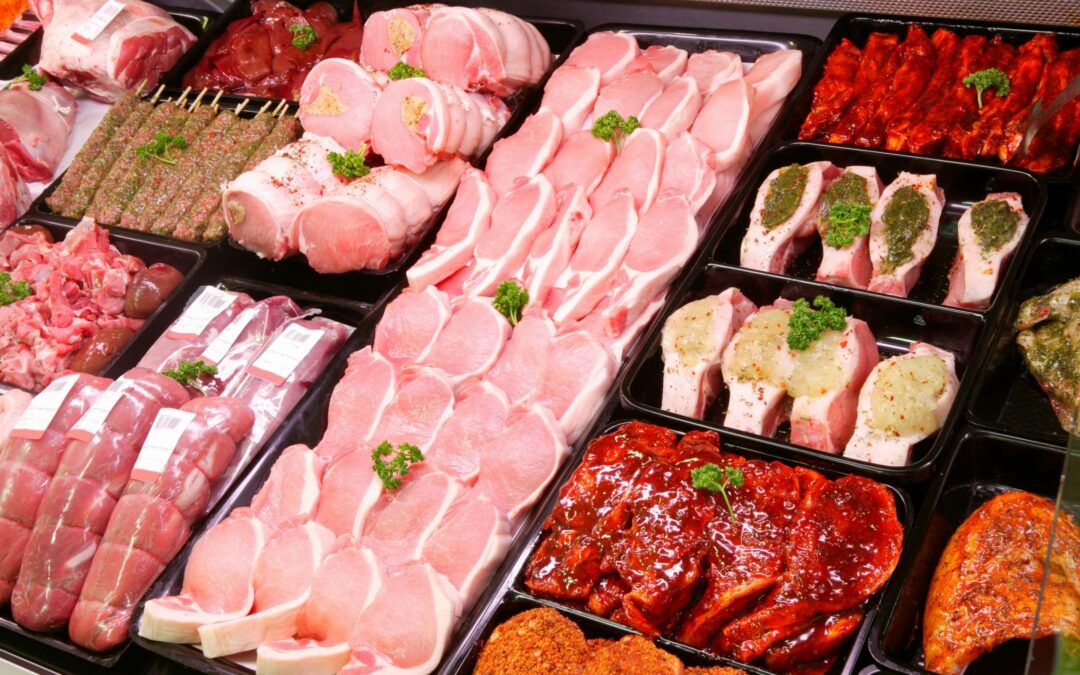 It’s no coincidence that Men’s Health month coincides with Father’s Day in June. It’s a perfect time of year to celebrate the favorite men in your life. June also follows Memorial Day- the official kick off of grilling season!

Unfortunately, this grilling season may be quite a bit different than last year. COVID19 has altered our meat supply in several ways. While farms in America haven plenty of animals raised for meat production, several meat production plants were initially shut down due to coronavirus amongst workers. Amongst those who were forced to close this spring was Tyson meats. Typically known for chicken, Tyson also processes pork and beef. A recent report by USDA weekly noted that beef production is down almost 25% while pork is down 15%. 1

An executive order was signed late April forcing meat packing plants to stay open, despite at least 20 deaths due to coronavirus. In order to make things safer for workers, plants have had to navigate ways to keep workers physically distanced, provide PPE (personal protective equipment) and change hours of operation to reduce the risk of further infection amongst workers. This has reduced the supply across several plants. 2

This reduced supply of meat has not only reduced the availability and variety of meat, but also raised the price. People may respond to this change in a few ways. Those that try to limit their trips to the store and fear the shortage may buy more meat. Others may be adjusting their grocery lists because of reduced income. In the first scenario, the price of meat may be costlier in more ways than one. Here’s why:

According to the WHO, colorectal cancer is the third most common types of cancer in men and second most common in women. 3 “Red” meat includes beef, pork, lamb, mutton and veal. The link between red meat intake and colorectal cancer is not new. A 2008 meta-analysis of 29 studies of meat consumption and colon cancer found that a high intake of red meat increases risk by 28%, and a high consumption of processed meat increases risk by 20%. 4

What is considered a high intake is based on the frequency of red meat intake. A meta-analysis of 13 prospective cohort studies of meat intake and colorectal cancer by researchers from the University of Cambridge and London suggest that daily consumption (roughly 4 oz) of all meat or red meat is linked with 12 to 17% increased risk of colorectal cancer. A daily intake of processed meat (such as bacon, sausage, hot dogs, brat/metts) raised the risk by 49%. 5

Scientists believe heme, which is present in poultry and fish in lower quantities, may promote the development of cancer in the intestine. Heme iron gets degraded and releases free ferrous iron, which can promote cancer through production of N Nitroso compounds (-N-nitrosamines and N-nitrosamides). These are carcinogenic compounds made in the colon through various chemical pathways. N Nitroso compounds are also present in processed meat as mentioned above. 4

In addition, grilling meat produces HCAs and PAHS (heterocyclic amines and polycyclic aromatic hydrocarbons. These carcinogenic compounds are also produced through other high heat cooking methods including frying. Individuals with a family history are more susceptible to the risk of colon cancer than others. 6

Heart disease remains the number one killer in the US and men are highly susceptible to this chronic disease. Going easy on red meat may help. A 2018 study suggests that increased levels of a compound called tremethlyamine N-oxide (TMAO) that’s made in the gut, is associated with heart disease. Researchers discovered that people who consume a lot of red meat have three times the TMAO levels compared to those who eat a diet containing mostly white meat or plant-based proteins. Stopping red meat consumption can reverse the effect and reduce TMAO levels. 7

The way in which TMAO impacts heart disease is complicated. Previous studies have found that TMAO exacerbates cholesterol deposition in the cells of arterial walls. Research studies also hint that TMAO interacts with platelets, blood cells needed for normal clotting function, in that they increase the chance for clot-related events like heart attack and stroke. 7

In addition, a recent study in JAMA this past February from Northwestern University finds a link with red meat intake (and other meat, except fish) and heart disease. Eating two servings of red meat, processed meat or poultry (but not fish), weekly was associated with a 3 to 7% higher risk of cardiovascular disease. The study included over 29,000 people, of which 44% were men. Diet data was self-reported. The authors note the cooking method in the chicken (i.e. fried) may have made a difference in risk. 8

When people think of the risk factors for diabetes, most think of carb intake- specifically processed/simple carbohydrates. However, red meat intake may factor into risk as well. As mentioned above, heme (found in animal foods) may have a role in the development of diabetes. A large Chinese cohort study of over 63,000 adults showed that those with the highest red meat intake had a 23% increased risk of developing diabetes and 15% higher chance with poultry. Researchers note that even after adjusting for other heme content, red meat consumption was still a risk factor for diabetes. 9

Additional studies of red meat intake and risk of diabetes show similar results. An Israeli study of over 350 adults found that eating more than one serving (3.5 oz) of processed meat weekly is linked with NAFLD (non-alcoholic fatty liver disease) and insulin resistance. Fatty liver disease is a risk factor for diabetes. The researchers note the method of cooking also made a difference. HCAs produced through high heat (grilling, frying or broiling) raises the risk for diabetes in addition to colorectal cancer (mentioned previously). 10

To reduce risk of the above chronic diseases, the following is suggested:

These tips may help men have the chance to celebrate more Father’s Days.